An Intern Beaten Up by a Resident Doctor at GMC, Miraj 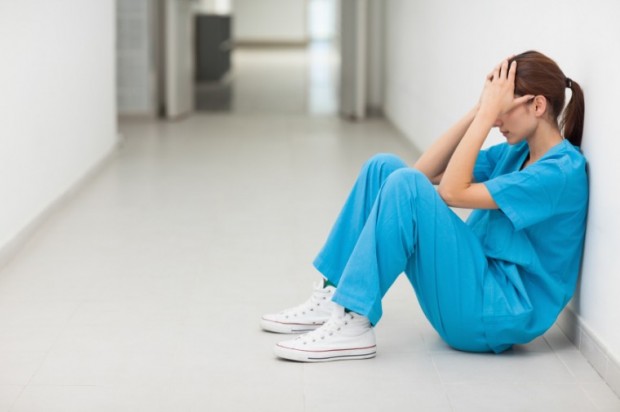 An intern Kiran Abnave was beaten up by a houseman named Dr, Aniket Patil 3 days ago on 30th November 2015. This is an uncommon incidence in which an intern is assaulted by the senior. Houseman is most probably a plain poster as there are no PG seats in Orthopedics Department of GMC, Miraj.

This incident, on Monday, 30th November 2015.
I, Dr. KIRAN ABNAVE, INTERN, GMC MIRAJ was beaten up in busy opd hours,
In the hospital.
By a houseman, Dr. ANIKET PATIL, in the Orthopaedics OPD, PVPGHS SANGLI.
Where was I wrong?
We interns, spend one year of our lives willing to learn the essentials of medical practice. Give in our hardwork and curiosity to learn more. And you seniors do this to us? Why? Where are we wrong?
Kem hospital, Mumbai..
A resident doctor was beaten up by a mere localite. Maybe uneducated. That was wrong and we are satisfied with the decision taken by the authorities.
But in GMC MIRAJ and PVPGHS SANGLI, an educated doctor, DR. ANIKET PATIL, with an MBBS degree. Beating up an intern and that too, in a hospital? During busy OPD hours.
What should we do for this?
We as interns, are getting first hand experience of treating patients, for the first time in our lives.
Don’t we deserve a chance to have ourselves corrected when we are wrong? And not get beaten up ruthlessly for a reason like not taking a patient’s sample.
If this was the case, if our parents or guardians would have treated us like this, we wouldn’t have been the people we are today.
Are we wrong to consider our seniors here like our guardians who would correct us when we are wrong?
Where are we wrong here?
We being INTERNS can do nothing but put up a strike
Till the seniors terminate the guilty.
“BUT THEY ARE JUST INTERNS” THEY SAY.
WE ARE NEVER TAKEN SERIOUSLY.
Even the seniors are with the guilty. Just because he has outside influences and they wouldn’t want their department’s name to be tarnished.
We don’t think we are wrong.
We are qualified MBBS students.
We need to be treated as doctors and not be bullied and harassed by our seniors.
We need justice.
This is not done.
‪#‎JusticeForInterns‬
P.S: Expecting justice from respectful teachers at GMC, MIRAJ and PVPGHS, SANGLI.

We are yet to confirm another side of the story from Dr. Aniket Patil, so we cannot confirm the reason for the assault or about the authenticity of this story for that matter. Authorities should investigate such incidences and take appropriate action against the culprit.

We will update this post as soon as we get any update regarding the same.