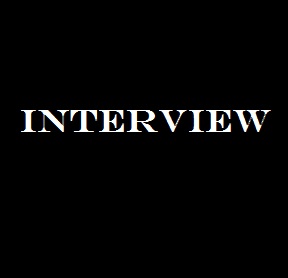 Dr. Sukhada Kulkarni  has secured Provisional Rank 10 in Maharashtra PGM CET 2014 and Rank 266 in AIPGMEE 2014. She has done her MBBS from B J Medical College, Pune.

Q. In what year did you pass out your MBBS?

Q. What ranks had you secured in any previous PG medical entrance exams you gave?

Q. What were your MBBS percentage marks (aggregate or final year) ?

Q. What is the secret of your success?

Ans. Well, I’ll say that the secret of my success is hard work and consistency. People say that smart work is enough to crack PG entrance exams but I feel that even smart work has to be hard, particularly in the changed pattern of AIPG where you can get any question from any source of info. (of course blessings of your near and dear ones also count for sure :) )

Q. How was your internship?

Ans. My internship was quite heavy. Basically I wanted to do internship well so I got less time. And the batch I had chosen had postings which did not allow me to study well during the crucial period i.e. last month-nov.

Q.  When did you seriously start preparing for the entrance exam?

Ans. I started preparing seriously only after the results of NEET 2013 were declared and I found myself in a situation where I had no other option!

Q. How many hours did you study each day?

Ans. On an average, around 12 hours a day. Initially it was more of quantitative study but gradually the quality increased. And later on, the study hours too. There was at least 1 hour daily for myself (and that is the hour which kept me going, not the remaining 12 hours!!)

Q. Which books did you read for the theory part?

Ans. I had solved ACROSS for 1st year subjects, FMT (Forensic Medicine and Toxicology) and Orthopaedics, Garg for pharmacology, MK for Medicine, Sakshi Arora for Ob/Gy, ENT, and Arora for all others. I referred to standard books (Harrison, Bailey, Shaw, Ghai, BDC, Guyton) only when there was some confusion.

Q. Which books did you read for MCQs revision? Which revision books were the most productive and which were least?

Ans. I read the same books from which I had read for the 1st time and my notes of few topics from different subjects. I had not taken ROAMS, Platinum notes or such books because there was no time to screen new books for little new info. So I preferred the books I was comfortable with.

Q. Which subjects did you focus on?

Ans. 1st year subjects, Pathology, PSM and Pharmacology. Subjects like Pharmacology, Microbiology are volatile and need to be revised in between, at least in small parts.

Q. What was your strategy for the exam day? How many questions did you attempt and why?

Ans. I believe that the day of exam makes a lot of difference, everyone prepares well; the one who solves accurately wins the race. It’s just those 3 hours of exam which make the difference. So being calm and cool was the only strategy.
I attempted each question. I tried to be sure of the answer in the 1st go itself because usually I never find much time left in my hand to check my answers again. Approx 100 Questions in an hour, with half hour for unsolved Q’s was the speed I tried to maintain, and that was enough.

Q. Did you join any classes or test series? Was it useful?

Ans. I had joined DAMS and Bhatia test series this year and both were very useful. It just gave me the deadline, for that particular subject. I tried to finish particular subject before the test on each sunday. I had joined DAMS during internship but could not manage classes, internship and my own studies then. Ultimately, our own study remains the most important with everything else as a support and guideline.

Q. What seat have you been allotted in counselling? Did you join?

Q. What is your advice to future aspirants?

Ans. “Advice” is a highly honored word!! I”ll just tell you all to keep your eyes and ears open, talk with people (we get many ideas from that about study also). Just be true to yourself, continue studying no matter what and be confident during the exam that you’re going to crack it!!
All the best!! Do well.. :)

We are ending this interview with our hearty congratulations and best wishes for future to this talented person, Dr. Sukhada Kulkarni.