Posted on September 19, 2015 by DesiMedicos Team 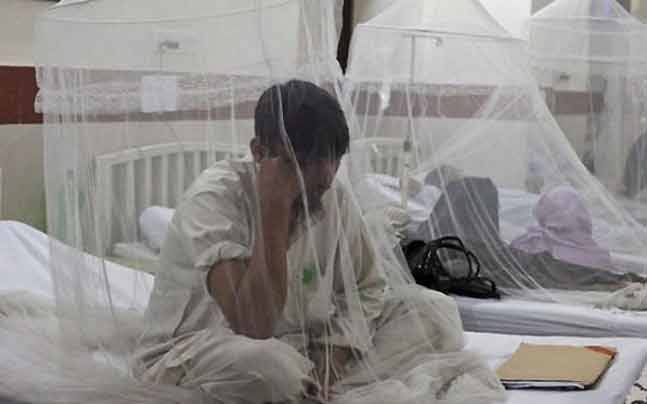 Even as Delhi reels under the dengue outbreak, the latest set of victims? 15 doctors who are treating the sick. While the overall death toll as of Friday has gone up to 20, the shortage of beds and continous patient inflow is making life very difficult for hospitals across Delhi.

Horror Stories
NDTV reports – 17 year old Rishabh a 10th standard student and a son of a security guard who was suffering from fever since Saturday, the first hospital simply sent home with basic medicines. On day-3 he came back to a different hospital with high fever and a low platelet count. His father paid over 2.5 lakhs to 4 hospitals! Rishabh was given platelet transfusion when his platelet count dropped to 18,000.

When he was brought to Max Hospital, he was shifted to another branch of the hospital nearby where he died the next day. The saddest part being now his father has been asked to pay up Rs. 70,000 by the hospital to take his son’s body. The hospital denies these charges and says they even reduced the fees knowing the family’s economic condition.

Inadequate Beds
“Out of 960 beds, almost 370 are already being occupied by 600 dengue patients. Nine wards are occupied by dengue patients. Even that is proving inadequate,” said Bara Hindu Rao Hospital Medical Superintendent Dr VK Khurana. Grappling with the shortage of beds, several hospitals have started emptying wards belonging to other departments to accommodate dengue patients.

The All India Institute for Medical Science (AIIMS) has asked other departments to reserve at least two beds each for dengue patients but even then there is a beeline of patients on stretchers outside the emergency ward. Even the critically-ill dengue patients are being treated on stretchers in corridors due to lack of beds. “We are giving treatment to critically-ill patients suffering from dengue on stretchers. We have no other options, the ICUs are full and we can’t transfer them to other hospital as their condition is critical,” a senior doctor from AIIMS said.
To handle the rising dengue cases, Delhi government had on Wednesday ordered 600 new beds to be set up at three hospitals in Janakpuri, Ashok Vihar and Tahirpur areas.

Quacks
While Delhi faces a crisis and a shortage of doctors and beds, India Today reported that in Delhi’s Rangpuri area where the closest government hospital is 12 km away, a man by the name of Biswas is donning the role of ‘healer’ to help the people in that village. He runs a clinic by the name of ‘Pooja Clinic’ and even has Dr. S Biswas stamped on his notepads. The qualification listed under his name isn’t even an MBBS, but a DIAMS. Daily Rounds checked into DIAMS and found no such qualification but only a PG coaching centre with the similar name.

His clinic is unclean, with few tablets strewn across the table, even as a patient with a drip in his arm lies next to an open dustbin under the side table. The clinic is a small room with a curtain seperating the so called consultation area from the single bed where the patient lies. When the reporter asked Biswas if he was a doctor, Biswas replied in an embarassed voice that he was only administering glucose and giving out Paracetamol tablets. He also said he had seen roughly 4-5 cases of dengue already at his clinic. The lack of formal training and unclean surroundings at this ‘quack’s clinic’ shows the desperation among patients because of the dengue outbreak in Delhi.

At present,of the 25,000 people who were admitted to hospitals across Delhi on Thursday only 281 have tested positive for dengue. The government is continously asking people to stay calm but with every death and now even doctors falling ill, the calming words are falling on deaf ears.