Resident Doctors in Maharashtra on One Day Mass Bunk 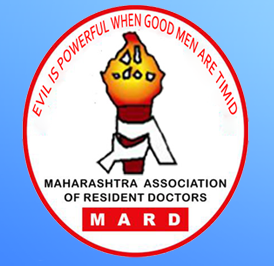 Maharashtra Association of Resident Doctors (MARD) has announced mass bunk of all resident doctors in Government Hospitals across state for a day i.e. from 8.00 am on Saturday 23/08/2014 to Sunday 8.00 am 24/08/2014. Emergency medical services will not be hampered by this mass bunk. This has been done after an incidence of a suicide by Dr. Kiran Jadhav, a resident doctor of Pediatric department in Solapur. Reason for suicide of this doctor is cited to be stress and harassment of him by senior doctors of same department. Another reasons are mentioned below and because of which resident doctors were going on strike 2 weeks ago but strike was called off after assurance by the official to meet their demand.

Demands of MARD are as follows:

Further details will be posted in due time.