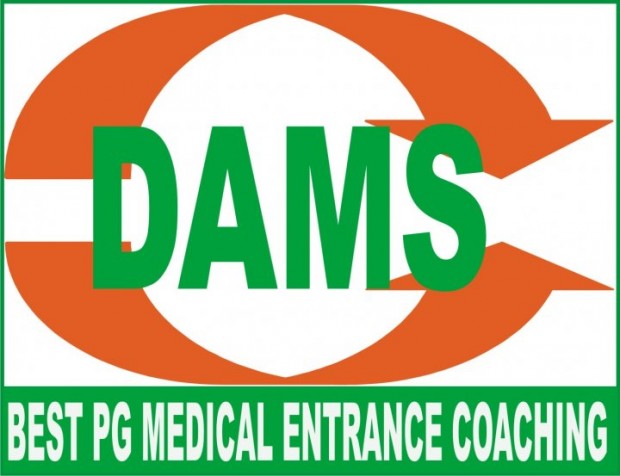 Been quite a year of preparation for post grad entrance exams. So much to study, and to put all that in our long term memory is quite a job.

So here I am writing a review for newly passed out doctors who will be preparing for their post grad entrances and for whom the necessity of coaching might be a question.

I’d like to add that this is a personal experience which I wanted to share for the people who are confused about coaching requirements.

I had joined DAMS sky CRASH COURSE in MUMBAI, last year. It started by late JULY. It was quite a start from Medicine lecture by Dr. Achin Mehra, which was undoubtedly amazing.

The lecturers were more or less pretty good in covering topics, but as it was a crash course not everything could be covered. But, as a surprise we got to know that our crash course batch has been merged with other online batches like Foundation course, who had not yet finished med school. So lecturers had to cover topics accordingly to make those kids understand too. Some of the lectures were exclusive for crash course batches. It was a mix n match of lectures.

To add to our plight, was another issue of connectivity. These lectures are streamed online live. Our centre among others, were constantly facing the issue of lost connection. After we were connected back online, some part of teaching was already lost. Some teachers were kind enough to repeat the lost part, some were too unconcerned to repeat it. Bottom-line, we never got that part of missed topic.

And the so called moderators at the centre were pretty useless. They used to come once a day to open the class doors and then mostly wander around, leaving us to the job of connecting the video, which they taught us on our first day.

Although with all this madness, the coaching was pretty good. Radiology by Dr. Sumer Sethi was just simply superb.

If you have studied all the subjects once, and luck didn’t favor you in your exam, a crash course might come in handy.

The only negative thing which I saw was management, through central Head office and local moderators, which sucked. And it got on all of our nerves. The some lectures which had already been done, and which we weren’t able to attend due to mismanagement of managing moderators, were showed to us, but get this—we were shown a recorded lecture like a print on torrents which i would give a video quality of 6/10, which made us angry on few occasions.  The crash course ended in late October, which I feel could have ended earlier had been it started early, like by mid JUNE. Well, Its business after all for the class owners anyway…

On a final note, if you have studied thoroughly in a proper format like a good kid, all through your med school, joining classes would not be mandatory. As I was one of the other group of students of studying the bare minimum to pass, joining a class would be a good idea.

Few of my friends had joined DAMS regular classes, which they loved, because they started their coaching much early and which eventually finished early in the year. And it’s a face to face conversation of teachers and students, so your doubts end there itself. Although in crash course, the lectures being online, you can post a doubt through a keyboard provided at the centre.

So, if you are thinking of coaching and confused about regular and crash course, well the confusion ends. I rest my case!!!