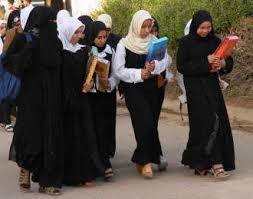 NEW DELHI: Refuses to entertain plea of an Islamic organisation that Muslim girl applicants be allowed to wear ‘hijab’ (scarf), a customary religious dress, in All India Pre-Medical Entrance Test on Saturday; says faith is different from wearing some kind of cloth.

“Faith is something different from wearing some kind of cloth,” a three-judge bench headed by Chief Justice H L Dattu said, adding the AIPMT was being held again at its direction and some “reasonable restrictions” were needed.

Senior advocate Sanjay Hegde, appearing for Student Islamic Organisation of India which filed the PIL, said the directions of CBSE’s dress code, which have been made mandatory for entry in examination halls, were acceptable except the order that girls cannot wear head scarf.

“Wearing head scarf is an essential religious practice. The girls will be forced to abandon the examination,” he said.

This court had to set aside the examination during the vacation as there were allegations of large scale irregularities and the CBSE has issued some directions to ensure that now it is fair, it said.

“We will not interfere with this kind of small issue,” the bench said.

Sensing the mood, Hegde offered to withdraw the plea which was allowed.

Earlier, the Kerala High Court had granted conditional permission to two Muslim girls to appear in the test wearing hijab.

However, the High Court had refused to interfere with the dress code prescribed by Central Board of Secondary Education (CBSE) for students appearing for AIPMT to prevent malpractices.

The apex court, on June 15, had canceled AIPMT and ordered a fresh test saying the it has become a “suspect” and there “cannot be any compromise at any cost”.