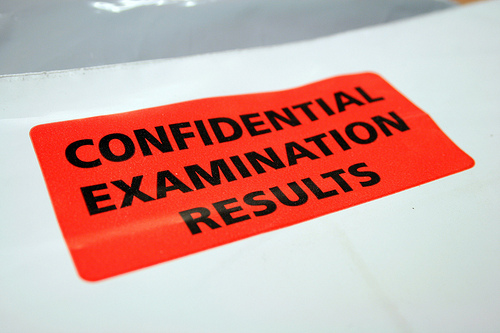 I have prepared this article to help Medical PG aspirants understand ‘Normalization’ and what can be done to counter stress arising from it. Even NBE NEET website offers explanation at this link but it is way too technical and complicated for majority of students, so I have tried to make it as easy as possible to understand.

Just last year paper-pencil test was the method for conducting exams like AIPMEE and AIIMS, when the same or a similar test papers (with reordering of the questions) were given to all test takers and it was relatively easier to compare student’s performance as they only had to create a merit list of scores of students. With the introduction of an online exam by MCI which is conducted by NBE (as of now), the test and the questions vary across different test days and slots. Hence normalization is needed – scaling up/down of scores using psychometrics, statistics and test takers’ responses to a standard set of questions. This helps evaluate students on a common standard and is necessary because the difficulty level of the test varies across test days.

Why is normalization needed?

Let us consider a simple hypothetical scenario: I am attempting NEET this year along with a friend. Both of us are equally good in medicine. But while my strength lies in Anatomy, his strength is Biochemistry. Since we gave the exams on different days and slots our test papers were different. We both got considerable questions from our respective strong areas and performed equally well. But does that mean that we are equally good? No. Say on a scale of 1-5, I got questions of difficulty level 4 from Anatomy. Being my strong area I did well. On the other hand he got questions of difficulty level 5 from Biochemistry. Now the only way to benchmark his and my performance is by looking at the relative scores of people who gave the test with us. In my slot out of 80/100 students were able to work out the questions from Anatomy. On the other hand, in my friend’s slot only 50/100 students were able to work out questions from Biochemistry. That means when we take a large enough sample size (students), my friend’s performance is much better than average as compared to mine (even when we are scoring equally well).

Personal choices that bring in subjectivity – a student might not like anatomy at all but might be strong in Physiology or Pharmacology. This is countered by taking a large sample size.

Also there is something called ‘an equating block’. Now there are questions in papers which are same in many papers which are called ‘an equating block’. Now suppose there are 24 questions out of 240 in a paper which are same in papers of many days and slots. If I answer all 24 of them correctly, when most of the students have answered only say 20 on average then psychometric analysis will consider my high score as superior compared to other students. So for example I have answered 200/240 questions correctly my raw score will be same as all the students who scored 200 (as there is +1 for right answer and +0 for wrong) with same number of wrong answers. But my scaled score will be higher.

Also let us consider ‘no negative marking’ scenario. If I have attempted 240 and I got 200 right and there is a student who attempted 230 but he also got 200 right then his percentile score will be put above mine as NBE has said in their TIE – BREAKER CRITERIA that ‘In the event of two or more candidates obtaining same percentile, the merit position shall be determined by the number of wrong responses of such candidates. Candidate with less number of wrong responses shall be placed at higher merit.’

So conclusion is that a student who answers more number of questions correctly, scores higher in equating block of questions and also has less number of wrong answer will be put above all candidates.

Now lot of candidates where complaining after the results that their score was much lower than what it should have been due to normalisation.  It has also led to widespread debate about whether the technique is even reliable.

How to deal with normalisation then? Since normalisation or some other form of standardisation is here to stay as even AIIMS is going to conduct online exams, it is important that we make peace with the idea and try to deal with it. My advice is to ignore the entire concept of normalisation. And I have good reason for the same: one cannot really predict how others in your same slot are going to perform in the same test (over 3000 students had taken NEET in a single slot). You cannot even predict whether the question you have attempted/left are going to be branded as easy or difficult based on statistics – in short, there is no way to know whether a question is that ‘equating block’ question that one needs to attempt and get right at all costs. Therefore it makes sense to attempt as many questions as possible just the same way as one would have done in a normal exam. Yes there might be some loophole with the laws of statistics, but then which law in this cosmos is without its own set of cracks and glitches.

Do not link your mock test scores to NEET scores and blame normalisation – dip in scores can be due to exam stress too. There is no point in shooting arrows in the dark and creating unnecessary anxiety unless you want to pin the blame of your performance on normalization. Give it your best shot and forget the rest.

The other point to note is that the sample size taken for standardization in this case is very large (over 0.9 Lac students giving NEET) – thus low chances of statistical selection error.

Also these king of normalisation is done is most international level competitive exams like GMAT and MBA exams like CAT. MBA aspirants have been complaining about it since years but it hasn’t helped scraping the exam.

So just work hard and forget about the rest.

You could also discuss it in our forums.