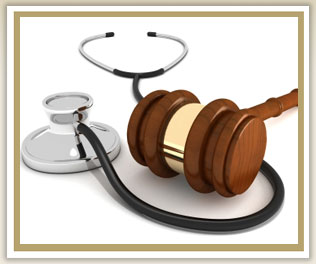 The most talked about profession in society and media is Medical profession whether for right or wrong reasons.
Why is it so?
Because the necessity for survival is food water and good health. Our profession is one of its own kind which deals with human beings directly so every action of medical profession either bring bouquets or brickbats

“MEDICAL PROFESSION IS A FEAT, IT REQUIRES SELF SACRIFICE, PURITY OF SOUL AND PURITY OF THOUGHTS”-
A.P. CHEKOV

There was a time when these lines had a real meaning. There were no laws and no acts and it was left to the conscience of doctors. Doctor commanded respect and had a unique place in the society. Even judiciary used to rely on the testimony of a doctor as sacrosanct.
I remember in earlier times it was said that there are only two persons who can save the person from gallows – one President of India (Mercy petition) and the other a doctor if he says the person is medically unfit. There was no questioning for this opinion.
But then came so many regulatory laws and riders. Medical Council of India was forced to prescribe a code of ethics and regulation act in 2002 and subsequent amendments.

“The physician shall observe the laws of the country in regulating the practice of medicine and shall also not assist others to evade such laws. He should be cooperative in observance and enforcement of sanitary laws and regulations in the interest of public health. A physician should observe the provisions of the State Acts like Drugs and Cosmetics Act, 1940; Pharmacy Act, 1948; Narcotic Drugs and Psychotropic substances Act, 1985; Medical Termination of Pregnancy Act, 1971; Transplantation of Human Organ Act, 1994; Mental Health Act, 1987; Environmental Protection Act, 1986; Pre–natal Sex Determination Test Act, 1994; Drugs and Magic Remedies (Objectionable Advertisement) Act, 1954; Persons with Disabilities (Equal Opportunities and Full Participation) Act, 1995 and Bio-Medical Waste (Management and Handling) Rules, 1998 and such other Acts, Rules, Regulations made by the Central/State Governments or local Administrative Bodies or any other relevant Act relating to the protection and promotion of public health.”

What was the need to frame the laws and ethics?
In India unqualified peoples (Amps) started practicing and they enjoyed political patronage. Since many of these people were not qualified and did not have purity of thought and action they started doing malpractices.
Illiterate and uneducated and poor people could not differentiate between a qualified and quacks and any malpractice being done by these people resulted in defamation of profession.

Then came liberalization of economy and the other services and businesses started flourishing,their officers started earning more that resulted in economic disparity.
Doctor started feeling let down by poor infrastructure and poor remuneration. Govt failed in its duty to provide the basic health care to the masses resulting in overload on private health care.
The liberalization led to development of health care industry rather than a profession. And the primary motive of industry is profit and not service to the humanity.

The mushrooming of corporate hospitals in early 21st Century changed the face of medical profession and it became a business and an industry.
All the unfair trade practices prevalent in other business or industry started creeping into this profession . Many qualified doctors resorted to unethical practices too to make quick bucks. This started an era of regulatory laws.

Next came the Mandal Commission and reservation policies, with its woes.
Politically driven agenda started polluting the Medical environment, along with the other streams. Undeserving creamy layers were mainly reaping the benefits intended for the needy.
A general merit ranker of over 6000-20,000 got the opportunity to displace a merit ranker of 600, resulting in overall diminution of medical standards initially.
And when this section entered the teaching stream the standard of whole subsequent breeds began plummeting meteorically. Problem was compounded by the fact that the Govt. (again for political reasons) didn’t keep any provision to differentiate between the reserved and general (in contrast to mandatory disclosure of a medical professionals qualification to differentiate between MBBS, Diploma, Degree, Doctorate etc) – thus denying the common people to make a informed choice.
Due to incompetence of a select few the faith on the entire medical fraternity crumbled.

Starting form Consumer Protection law to PNDT act and to MTP act lots of regulation came in .But when even these act did not deter those who were resorting to unethical practices and even small acts of omission and commission were highlighted by media . Medical council of India came with its new set of ethics and regulations and subsequent amendment to these rules were made on demand of public and media.
This has led to loss of faith between the patient and doctor leading to chaos.

Difference between ethics and laws-
Ethics means self regulation and is a pious thing which comes from within and is self regulation while law is incorporating fear in the mind of individual. Need for law comes when self regulation fails and members do not practice ethical acts and behavior.

Is law a deterrent and has it helped?
This is the most important question that is relevant today. I think we have to look back and ask the following questions to the society and to ourselves-

1. Did the PNDT act improved sex ratio ?
Is this act not in conflict with MTP act of 1971 : Initially the MTP act was promulgated to control the population but the advancement of technology – like use of ultrasound machine for sex determination led to sex selective abortion and misuse of act leading to decline in sex ration of female Vs Male. Then the PNDT act was brought to correct this anomaly and it was beginning of inspector Raj. The law created fear in the minds of medical fraternity and many doctors had to face the wrath of people for refusing to disclose the sex of unborn child. Another fall out of this act was-The inspectors – who extract bribe from the honest doctors on the pretext of falsely implicating them under this draconiac act. The genuine and legitimate need of USG in certain cases has become difficult and the sufferer is patient. No law can be perfect and there are exceptions, the latest is Supreme court was in a fix how to solve the puzzle of a minor girl who wanted MTP at 24 weeks.Ultimately even Supreme court shirked its responsibility on the collective wisdom of medical board and allowed the abortion. Similarly few months back another lady who wanted to abort a fetus with multiple congenital abnormality went to supreme court and it took 2-3 weeks for the supreme court to decide the question of laws which further aggravated the situation and ultimately nature did its job and lady aborted spontaneously.

2. Human Organ Transplantation act – Did it help?
This act was made to prevent the exploitation of gullible and poor patients. But this resulted in many patient being denied the transplantation.Many lives have been lost while implementing the time consuming provision of the law to get the permission. The act had to be amended again on the advise of medical experts only

3. Consumer protection law – Misuse? Did it help?
This is the law which damaged the Doctor- Patient relationship to an extent which seems to be irreversible. Open the newspaper and you can find daily news of astronomical amount of compensation being awarded in the name of negligence by doctors. This led to a newly coined term ‘DEFENSIVE MEDICINE” which every doctor is practicing now.
Who is sufferer – Patient and specially poor patients for whose benefit this act was promulgated. Doctors are forced to prescribe lots of investigation to confirm the diagnosis which is clinically evident to escape the charge of negligence. Law only recognizes evidence not the intention.

Friends many of us do not want our children to opt for this profession for worsening doctor patient relationship, hard life and poor remuneration and fear of law which is liable to be misused rather than be of help to needy.

Remedies – What is the solution
I think all of us along with civil society members and judicial members should sit together and think again. My personnel view is – MCI should be given all the powers to regulate this profession and to fix the acts of omission and commission and to award the compensation if required. The emphasis should be on self regulation rather than making more laws.
Bar council of India is already vested with powers of self regulation and why not MCI.
How to attract good and honest people into MCI should be the topic so that SELF REGULATION leads to establishment of doctor patient relationship to an extant where doctors practice this art without fear of law.
You can take the horse to the water but can not make him drink.

It is the conscience and purity of thought and action and a HIPPOCRATIC OATH which works.

P. S.: Above article has been taken from a message in WhatsApp group.

0 thoughts on “Doctors, Ethics and Medical Laws & Acts: The Impact”