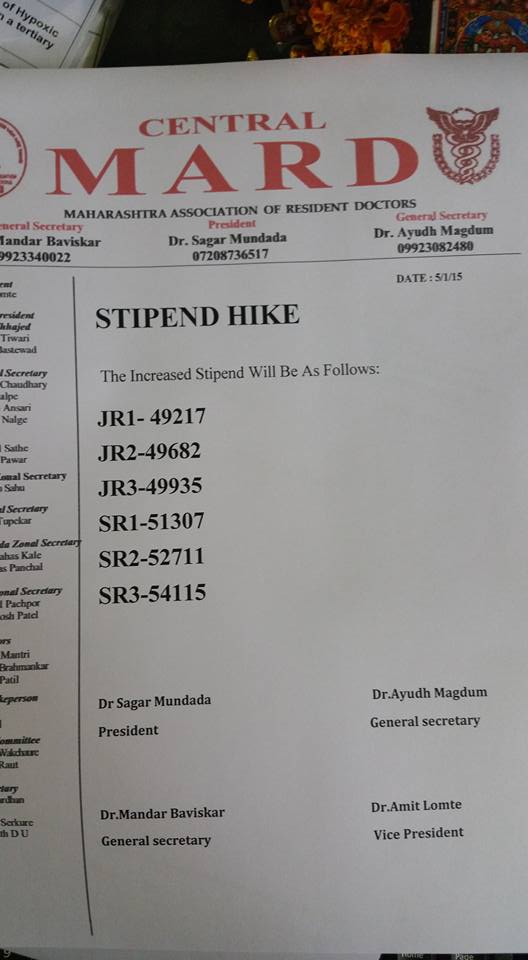 The Increased Stipend Will Be As Follows:

News has been confirmed in a tweet by Vinod Tawde who is the State minister for primary, higher and technical education as well as medical education and culture. The tweet is as follows:

Today, Maharashtra Cabinet cleared a momentous decision. An increase of ₹5000 announced in the stipend for the Resident Doctors across Maha.

MARD president Dr. Sagar Mundada has confirmed on a Facebook group that arrears from August to December 2015 will be given to resident doctors this month only (January 2016) and the increased stipend will be given to the doctors from next month i.e. February 2016.