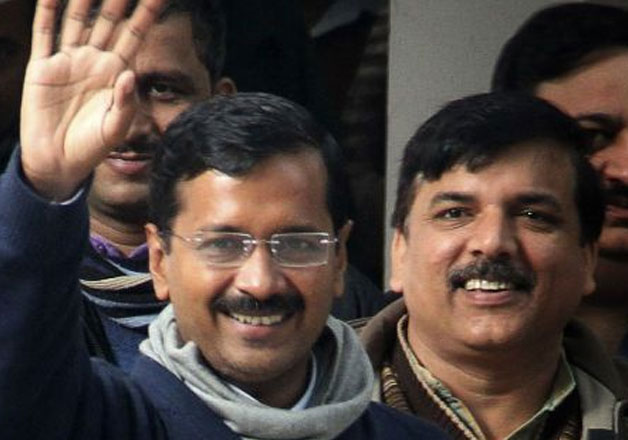 Resident doctors in about 20 hospitals in the city went on an indefinite strike from Monday morning, demanding improved supplies and security. Patients were turned away from OPDs in nearly all big hospitals and elective surgeries were put off, with only basic emergencies being run by senior doctors.

After a long meeting between Delhi health minister Satyendra Jain and representatives of the doctors, the Delhi government accepted all 19 demands of the doctors. After the meeting, the government said it would be taking up “with appropriate authorities” the idea of posting home gaurds in hospitals to enhance security of doctors. Police officers will also be deployed on a “priority basis”.
On the demand of the resident doctors to set fixed duty hours, Jain said that a maximum of 12 hours of duty will be fixed, and in case of emergency when a doctor has to be called, the medical superintendent will inform the health secretary.

Water dispensers will be put up in all hospitals for doctors within a week. Doctors were told to prescribe only generic drugs, and the health minister said that by August 15, all generic drugs will be made available.
A senior Delhi government official said, “The government expects resident doctors to resume duties without any delay now.” But till 10 pm on Monday, resident doctors were yet to resume duties.

Dr Pankaj Solanki, president of the Federation of Resident Doctor’s Associations (FORDA), the umbrella body which called the strike, said late Monday night that these were mere minutes of a meeting and significant differences remained with the government. He said the strike would continue.

A member of the team which met Delhi government officials had earlier told The Indian Express, “Just saying they accept our demands holds no meaning.This is precisely what we were told in February when we went on a token strike, but there was no follow up action. Even today, there is absolutely nothing promised in terms of action so we are continuing the strike.”

Doctors have been demanding better security in the wake of increasing incidents of angry patient’s kin roughing up doctors and facilities such as drinking water, clean rooms in the emergency, availability of surgical items such as gloves and medicines in hospitals.

Services were affected in government and civic hospitals, including Ram Manohar Lohia, Safdarjung, Lady Hardinge Medical College and Maulana Azad Medical College. Patients who arrived at OPDs from early morning were turned away.

At Lok Nayak hospital, 63 year old Amritesh Gupta, who has been coming to the hospital after a spinal injury two years ago, said he travelled from Rohini for nothing. “If there are pre-announced strikes, the hospitals should have some way of intimating patients who are given OPD appointments. It is disconcerting for patients to travel all the way here and be told to go back,” said Gupta, who came on a wheelchair.

After a patient who was admitted in the hospital passed away, his relatives shouted slogans at the hospital. Medical superintendent Dr Siddharth Ramji said the patient was critical and his family members had been informed on Sunday about his deteriorating condition. “Senior doctors have been roped in to work till evening to ensure patients who are admitted are not neglected. In this case, I have been told the patient was deteriorating and there was no negligence.”

CATS ambulance drivers who brought patients to hospitals were also turned away throughout the day. A driver outside Lok Nayak said, “I have brought a patient from Lal Bahadur Shastri hospital because I was told doctors were working here. The patient has had a fall and is bleeding but here too, doctors are on strike since 10.30 am.”
He said he took a stroke patient to Lady Hardinge in the morning but the patient was turned away. “Eventually I took him to AIIMS,” he said.

At Safdarjung hospital, unsigned printed notices were being put up at OPDs, announcing doctors were not on strike and should report on duty. Representatives of FORDA, however, said the hospital was participating in the strike. “Mischievous elements are putting up these posters to create a rift among doctors ,” a senior resident at Safdarjung hospital said.

Meanwhile Chief Minister Arvind Kejriwal on Monday tweeted in support of the striking doctors, calling their demands “genuine” while adding that doctors had been called for meetings for the last three days.
“Most demands of striking doctors genuine. I have directed Health Department to implement them. Health Department should have resolved it earlier (sic),” Kejriwal tweeted.