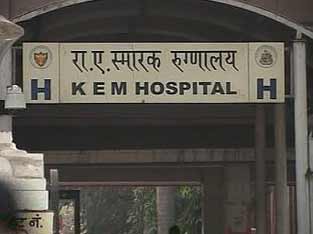 Incidence happened at 3.15 pm when a female patient entered Urology OT (Operation Theater) and started talking rudely with Residents and asked to give her report early. KEM hospital female urology resident who performed the lab investigations on her had told that by 4 she will get report as she is performing procedure. Accused started abusing and left OT with some other patients file. When resident doctor stopped her, She slapped the doctor thrice. For which another patients relative, other resident doctors as well as the staff are witnesses. When her colleague called security, accused and her son started telling that resident tried to beat her. Through security office MARD (Maharashtra Association of Resident Doctors) doctors took her to station for DPA (Doctors Protection Act). There 15-20 relatives of the accused made drama like chest pain collapse and before DPA they took her outside police station. DPA was applied but accused is still not arrested.

This is one of the many incidences in which the resident doctors are assaulted by the relatives of the patients. MARD and other associations for resident doctors have been asking for better security for doctors in Government hospitals but government seems to be doing nothing about it. Resident doctors of Maharashtra went for a strike in month of July 2015 for same reasons but even after repeated assurances by the concerned authorities this kind of incidences are on rise when it is supposed to fall.