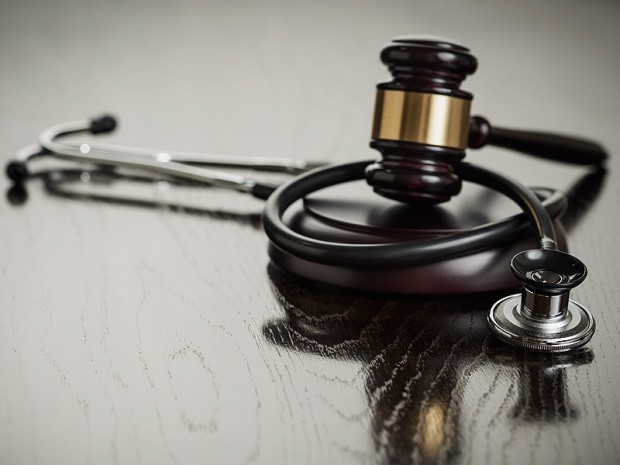 A patient lost her life after Unwanted Hysterectomy, cost Rs.10 lakhs to Doctors.

Case of the Complainant :
1) The deceased patient i.e. wife of the Complainant, 37 years of age, was taking treatment for abdominal pains. After USG, she was advised to undergo TAH (Total Abdominal Hysterectomy operation) for removal of the uterus. It was further contended that the anaesthesia was not given by anaesthetist but it was given by the operating doctor.
2) No Pre & Post- op care was taken, there was heavy blood loss during operation and thus three units of blood were transfused & as a result of which patient succumbed to Death and thus the Complaint was filed for Rs. 10 lacks of compensation.
3) Both District and State forums dismissed the Complaint and hence Revision petition was filed before national Commission.

1) The Doctors denied any negligence caused by them & further submitted that patient had taken medicines from many places, on the basis of USG of abdomen done at Maple Leaf hospital; it was diagnosed as a case of menorrhagia with fibroid uterus and ovarian cyst. The doctors took reasonable steps during complications
2) Prior to operation, the USG from Makkar ultrasound centre was advised by Doctor and on the basis of said report, Doctors proceeded for hysterectomy operation. The pre-operative haemoglobin percentage was 9.5 gm %.

1) The National Commission after hearing of parties and after perusing material evidence, allowed the Revision petition.
2) The commission carefully scrutinised the USG report of Dr. Meenakshi Kakkar, which mentioned that the uterus was of normal size – 5 x 3.3 cms. It was also specifically mentioned as “to correlate clinically”. Nothing was mentioned in the report about uterine fibroid or endometrial hyperplasia.Thus the Doctors performed the TAH unnecessarily, along with removal of one ovary. It may lead to premature menopause and the patient needed hormone replacement therapy (HRT) throughout.
3) Another report of HOD of Forensic Medicine, Rajendra Prasad Govt. Medical College, Kangra was against the Doctors. It opined that “Fibroid uterus with ovarian cyst which had been a sole indication for surgery is not supported by clinical findings as well as investigation”. After patient deteriorated, no cause or diagnosis has been mentioned in the record and no relevant investigations to determine the cause of deterioration are mentioned in the record.
4) Patient was not properly examined by Doctors, but directly jumped into the diagnosis of fibroid uterus without advising any relevant investigations to ascertain the cause of abdominal pain in the patient.
5)Removing the ovaries is thus not required in treating fibroids as it is for other diseases like endometriosis or gynecologic cancers.
6) Many physicians were taught that at a set age (which varies between 35 and 50) women should be told that removal of the ovaries is recommended as part of the surgery, in the mode of “while we are there, we may as well.” The general teaching had been that ovaries don’t have any function after menopause and the risk of ovarian cancer increases with increasing age, so removing the ovaries near the time of menopause was a no-lose proposition. This was especially true if hormone replacement therapy could be used to help younger women transition to the time when they would naturally go through menopause.

This is very important judgment. Be careful on the advice to be given to patients and the consent to be obtained. I have advised few of Drs. friends to video record the consultation, with prior consent of the patient, it will save you from later allegations of treatment as well as of Charges.